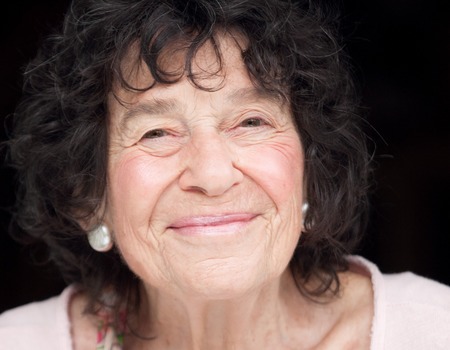 The highlight of Miller’s US trip was when she was guested on Johnny ‘Bananas’ Devenanzio‘s TV show 1st Look. The idea of the show was for Miller to teach Johnny Bananas how to become a standup comedian. For Miller, this was a daunting assignment since it took her 16 years to figure out what she needs to do on stage. People think that comedians just need to act and be funny, but it is far from that.

In her blog post, Miller openly admits her struggle being alone and doing her comedy acts. In her words, comedy is a thankless, stressful job that can lead to suicide. It is stressful to get up on stage and bare yourself to a bunch of strangers. She lived alone with no family and very few friends and for her, comedy was the lifeline she hung on for her dear life. She loves the laugh even though it was sparse when she started.

Her thoughts just emphasize how comedians are struggling with mental challenges such as depression and suicidal tendencies and how this depression fuels their work. Sigmund Freud, the legendary psychoanalyst, theorized that comedians often tell jokes to relieve themselves from anxiety. On a 1975 study by Samuel James, he found out that 80% out of the 55 full-time comedians he interviewed had sought some kind of therapy. Despite their above-average intelligence, salary over six figures, and national recognition, many often felt ” misunderstood, picked on or bullied.” Mental illness can also lead to suicide just like what happened to Robin Williams. Woody Allen and Ellen DeGeneres also opened up about their battle with depression.

Miller hopes that the recognition she’s been given right now will pave the way for the older generation to be able to pursue a new life or a new career without the resistance she experienced when she was starting. Thanking Joan Rivers for making her place in the comedy world, she hopes to do the same for all the seventy, eighty, and ninety-year-old chaps who follows her.

Lynn Ruth Miller really shows everyone that there is no such thing as being too old to try something new. Delivering her message with humor and wit, there is so much to learn from her acts. It is all about finding and understanding ourselves and identifying our uniqueness. Her “I Love Men” act was a testimonial she created to show people that they are unique individuals and have the power to chart the course of their lives. Social norms are there to serve as guidelines that don’t need to be followed if one doesn’t feel comfortable. To live a good life, we must create it ourselves, and once we do that, we will be able to please others. Ahh, wise words spoken by a wise nanna. 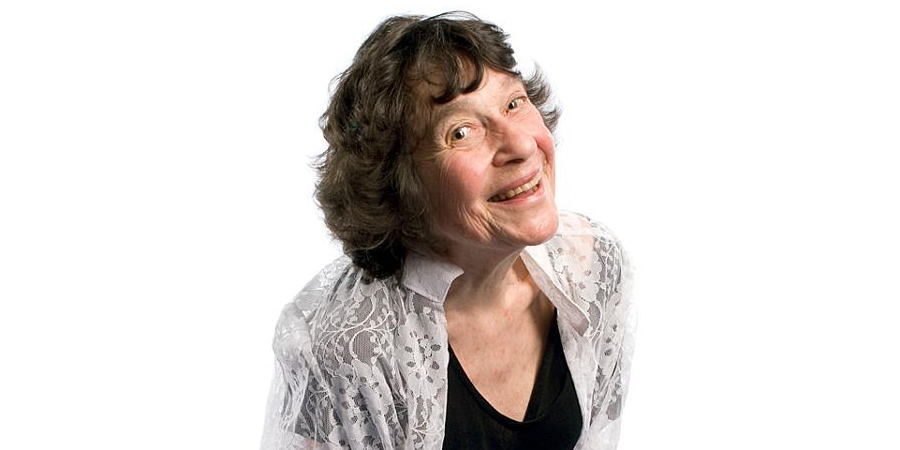 Just like her books, her comedy materials are around the changing role of women, all-too-common eating disorders, she jokes how she hates ageism, tells shocking stories about dating octogenarians, and the general idiosyncrasies of today’s society – sprinkled with humor. Miller, in her interview, said that as a writer, she enjoys writing for new shows and try to make them reflective of the world we lived in, all the preconceived notions about aging, and how society sets a limitation for old, and yet still pursue a dream. Her writing process starts by pulling all her experiences from the past and try to make it relatable in the present time. With her writing background, she would first outline a script trajectory and then create something around that plotline. Just like any story, she would create a beginning, a middle, and an end. Miller said that she wants to leave the audience with something to think about.

When asked about her experience on America’s Got Talent, Miller said that it was a lovely and beautiful experience. Although she didn’t win, the experience was memorable for her. She sees her rejection has nothing to do with her talent but were trying to make a good and interesting show. She recalled the advice given by another established comedian, Betsy Salkind, who told her, “Lynn Ruth, if you want to succeed in this business, you will have to make your shows.” And she did!

On a recent blog post, Miller recalls her recent visit to San Francisco where she used to live for 30 years. She muses how she never felt important nor made any impact at her “home” even though she had two television shows running for 15 years and wrote for the local newspaper and magazine. She believed that her neighbors did not know who she was and only know her as ‘the dog lady’. She hated living in San Francisco but now as a tourist, she didn’t feel the despair that many longtime residents feel. As a “tourist”, she understands the charm of the city with its free jazz, the cable cars, the ocean, and the beautiful Victorian homes.

Making the most of her U.S. visit, she held several shows in California. One of which was at the Marsh Theater. For Miller, it was a sweet moment as she recalled being rejected several times by the Marsh Theater to perform her Edinburgh Fringe cabaret shows there. Now that they aware of
her UK and European successes, she was able to do her I Love Men series to a sold-out crowd and a very successful show.

Her next show was Hubba Hubba’s Murder Mansion Show where she was billed as “The Stripping
Granny”. The Hubba Hubba Revue features local and touring performers in Burlesque and variety shows. In bigger shows, Miller said that there is this hairy gorilla who welcomes each act and dances around when the going gets boring. There is also a scantily clad lady waving a sign at the audience saying HOORAY encouraging everyone to laugh aloud.

To cap her shows that week, she performed at Crazy Cabaret at A Grape in the Fog, a charming wine bar in Pacifica, California (not far from Afni offices). The night had been extra special because Chris Hunter and his daughter came to the show to celebrate his birthday. Miller always credited Chris Hunter, the previous editor of the Pacifica Tribune, for giving him the real break in the newspaper world.

Who is Lynn Ruth Miller?

Lynn Ruth Miller, dubbed the new Joan Rivers of Fringe Comedy, is the poster girl for growing old. She started doing stage comedies when she was 70 years old and had since received many accolades and recognitions. She won The Time Out and Soho Theatre (TO&ST) Award in 2014; 2015 Old Comedian finalist; made the top 100 in the UK in Britain’s Got Talent, won People’s Choice in 2009; 2015 Liberty Award Leicester Comedy Festival; semi-finals in the SF International Comedy Competition and Star of the Brighton Fringe Festival in 2009 and the finals in Bill Word’s Funniest Female Contest 2009. At 86, she has numerous comedy and five-star cabaret shows and has toured all over the world. She is currently considered as the oldest performing stand up female comedian on both sides of the Atlantic.

In a 2019 interview, Miller revealed that she didn’t plan on being a stand-up comic. She considers herself as a writer, a newspaper, a columnist, and a ‘tv lady’ but never in her wildest dream to be a comic. At age 67, she published Starving Hearts, her first book, an autobiographical novel about her struggle with her overwhelming mother and her battle with bulimia. The book sold over 6,200 copies and kickstarted her speaking engagements talking about the book and inspiring others with eating disorders like her. Miller then released a compilation of her essays previously published in her local newspapers. Her writing has been published in more than 100 outlets nationwide and she has read passages from her books all over the US and abroad.

She took a stand-up comedy class in San Francisco intending to write about it – it turns out that she has a talent for creating her jokes. When asked if she has always been funny, ” I have always been able to tell canned jokes and I have always come up with smart remarks that got me into trouble…”.

Miller going into comedy is no surprise if we based it on a University of Mexico anthropologist, Gil Greencross’s study. Greencross participants went to a series of abstract-reasoning and intelligence tests. He then asked them to write captions for New Yorker cartoons. The captions were then judged without any identifiable information on who wrote them. As he expected, the students who scored higher on the intelligence tests also created the funniest captions. For, Greencross, comedy involves putting disorganized ideas together, all while being perceptive to offend your audience but not too much. When Greencross ran the tests with professional comedians, they were able to produce caption after caption that was really funny.

Miller mentioned that despite of her wit and somehow local celebrity status, getting into the live comedy circuit has not been very easy for her. Although everyone is always polite because of her age – she’s old enough to be everyone’s grandmother – people running the private clubs were not taking her seriously and dismissive. The worst was when the head at the Comedy Store told her she was not any good because all she talked about was being old. That’s why she decided to branch out into cabaret.